This promotion has now finished 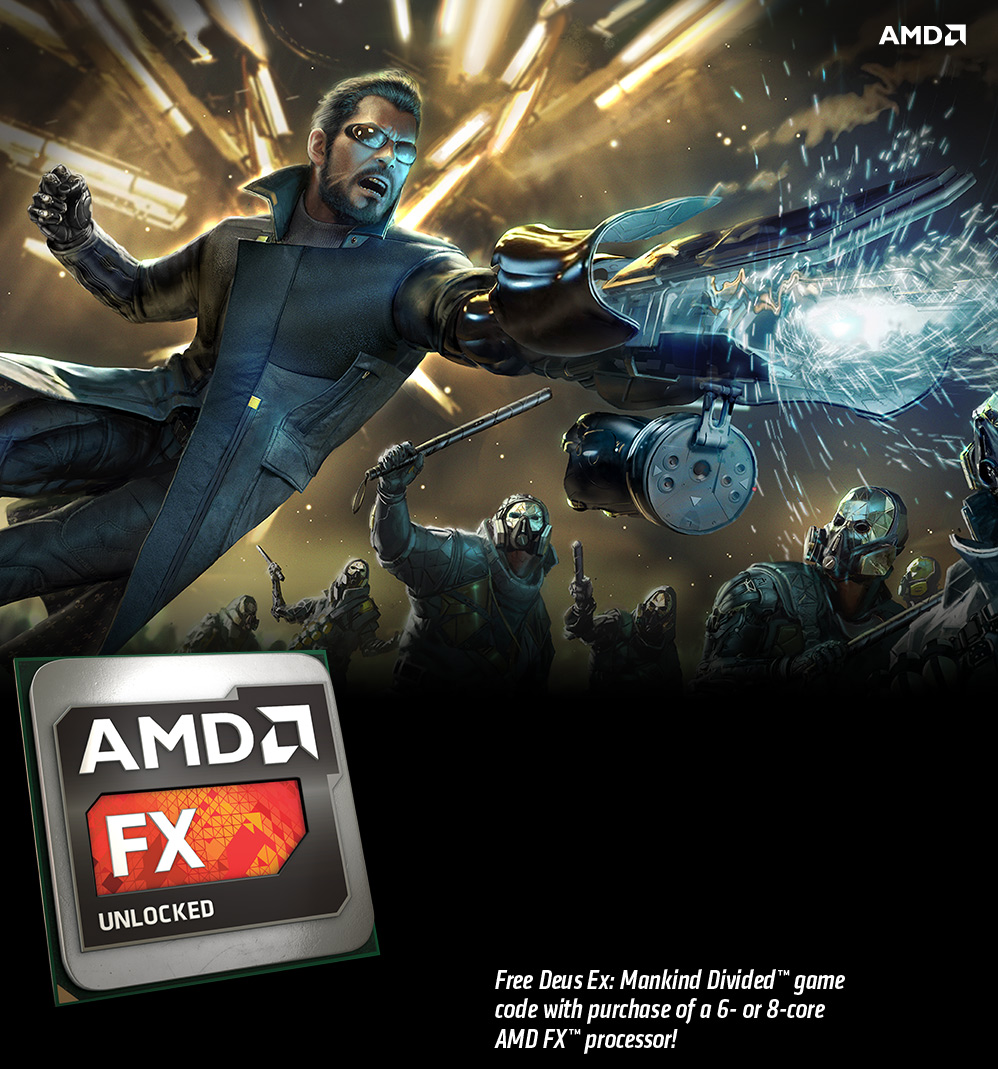 Become the ultimate augmented covert agent when you enter the world of Deus Ex: Mankind Divided™ – where the decisions you make and the actions you take play a crucial role in determining the game’s outcome.

You're prepared for whatever the future may bring with AMD FX™ 6- and 8-core processors, delivering the highest clock speed, most cores and most total cache memory in their price class2,3 for a top-tier experience with DirectX® 12 and Windows® 10, plus an unlocked clock multiplier that allows users to exercise a highly configurable power and performance curve via AMD OverDrive™ software.

Check out the AMD FX™ 8370 processor, capable of processing eight threads simultaneously with 16MB of total on-die cache and the highest clock rate in its class2,3, the AMD FX™ 8350 and the AMD FX™ 6350 –  all now paired with the top-of-the-line, virtually silent AMD Wraith Cooler!