What is Actuate Motion?

Actuate Motion is a piece of middleware software designed to help integrate motion hardware support to games or simulation software.

Actuate Motion is designed to be extensible via plugins to allow easy support of different hardware, and to allow different methods of telemetry acquisition. To make selection of the correct input plugin as easy as possible, Actuate Motion has a built in watcher, that watches for specified processes and loads the associated input plugin when they are detected as running. This watcher allows the end user to simply play their games, with Actuate Motion providing seamless motion support.

The goals of Actuate Motion are:

Easy to use and extensible

Install and forget. Actuate Motion runs in the background and watches for games. Simply start your computer, run your games, and Actuate Motion seamlessly provides motion. With intelligent defaults, you may not even need to configure anything at all.

Set up your motion exactly as you want it easily for each application. If an application is detected as running, Actuate Motion will not only load the correct input plugin, but will also automatically load your preferred settings. 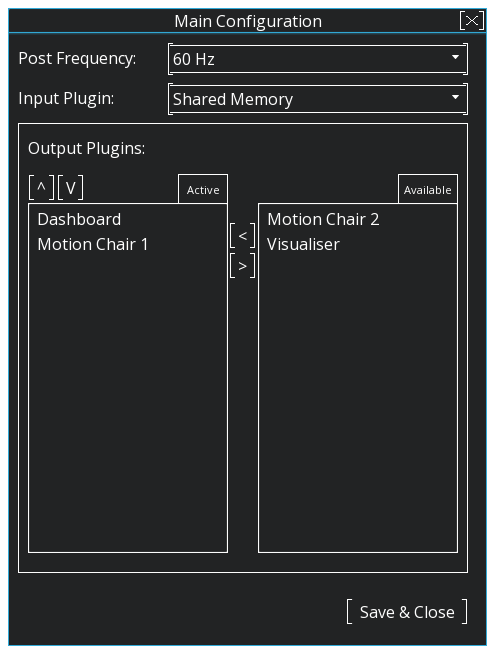 Feel it all, with up to 6 degrees of freedom supported, virtually any motion can be realised.

See movement in real time, from any angle, with the built in 3D visualiser and camera controls. A must when integrating motion without access to the hardware! 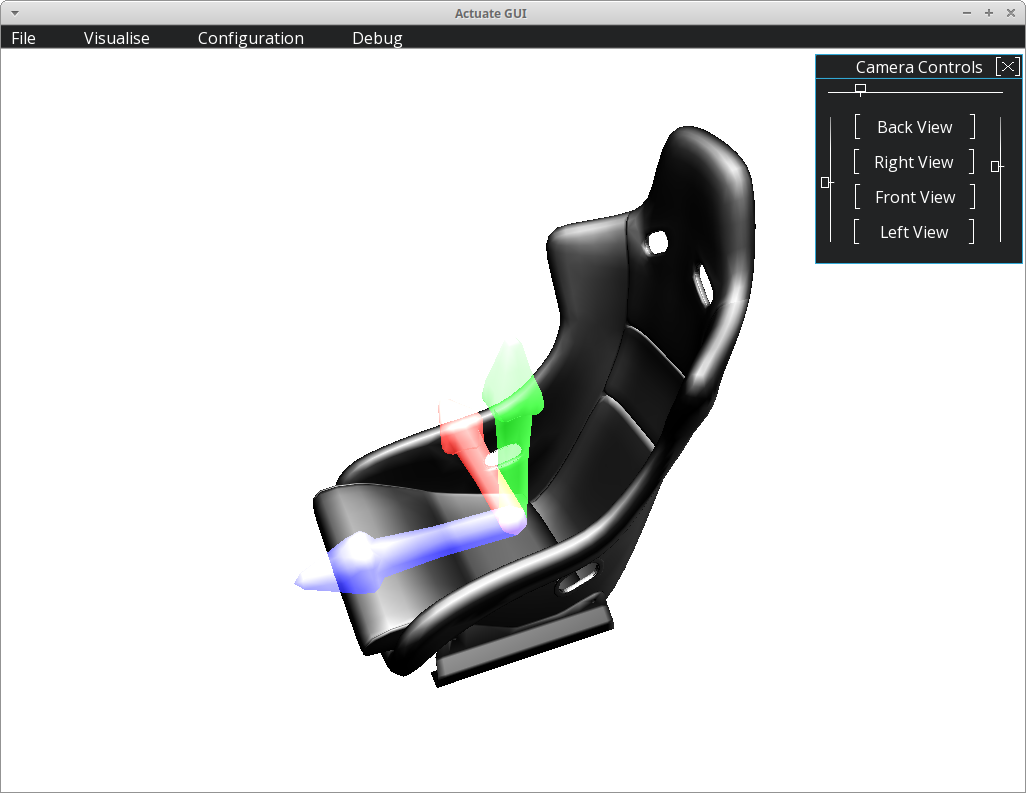 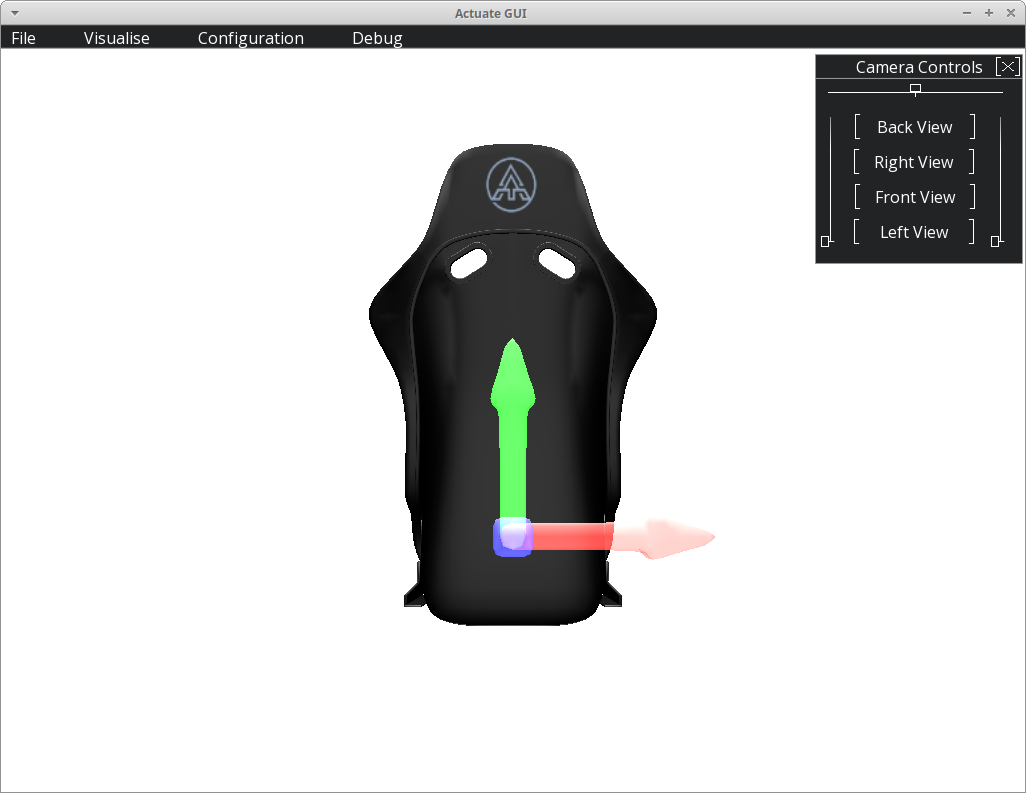 Easily see exactly what data is being sent to each axis. 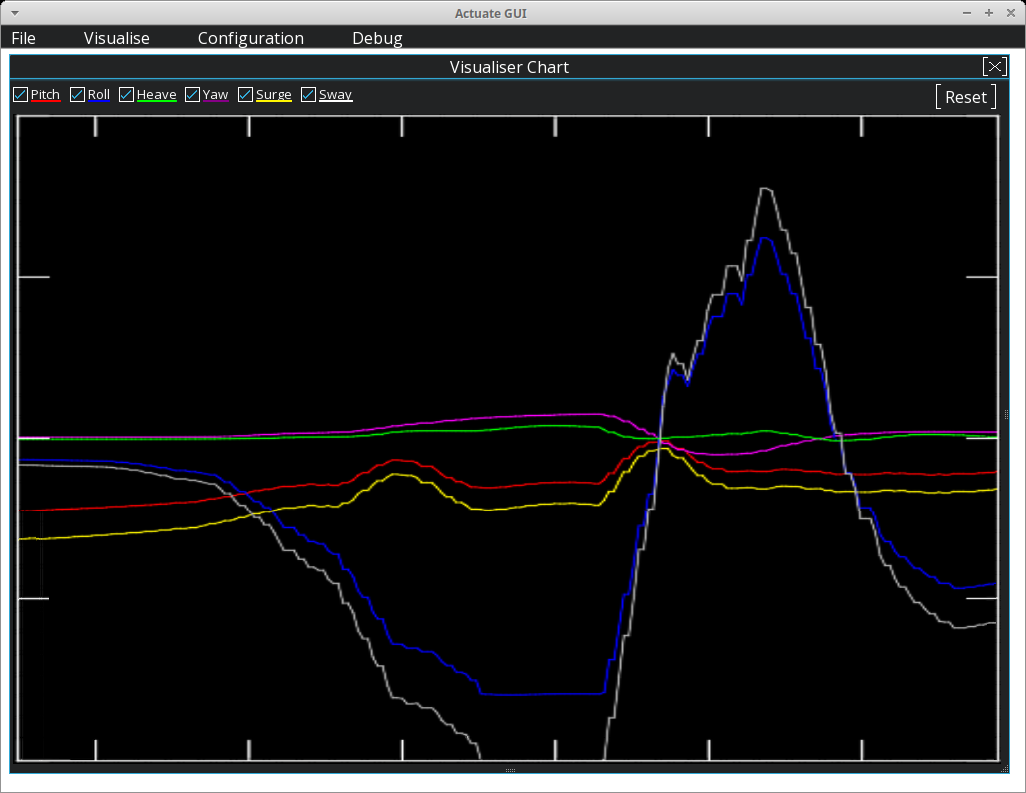 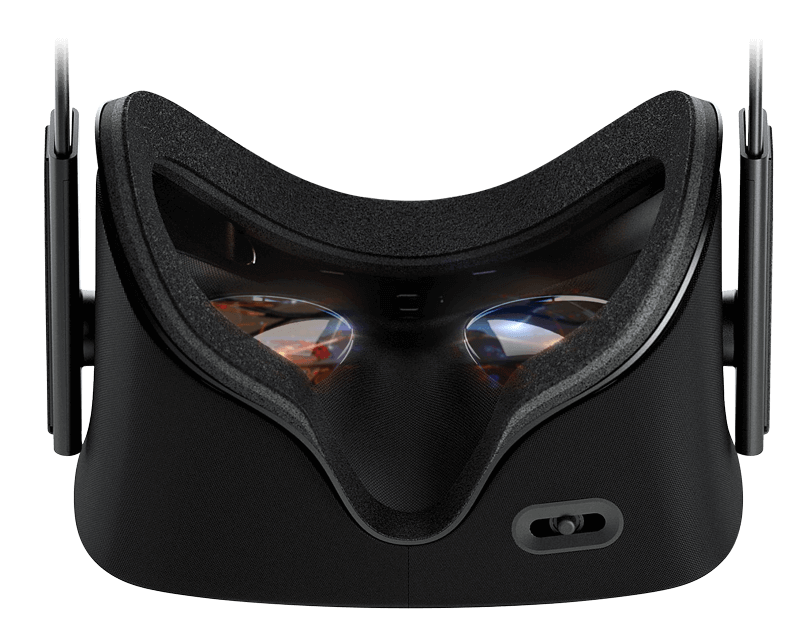 For the first time ever a high-movement range motion simulator can be used in conjunction with VR headsets without interfering with head-tracking.

Actuate Motion's unique VR mode enables a VR headset to be paired with any of AMS's motion simulators via a simple setup procedure, and it's low-latency engine negates any movements of the motion base during play from those being read from the headset to ensure you see the world the way it is supposed to be. Get ready for the ultimate in immersive entertainment experiences! Support is currently provided for Oculus Rift, selected titles only.

Add motion support to your own games and projects with Actuate Motion's Development Plugins for Unity and Unreal Engine 4 , or provide your own motion data from just about any programming language by using the C API.