Novatech IG workstations are being used in a new MOD project to power the helicopter simulators for a new generation of rotary aircraft and prove the value of using COTS technology in a military training environment.

Working alongside the MOD, Novatech faced the challenge of designing and delivering a fully rack integrated COTs (commercial off-the-shelf) solution to help drive an immersive and realistic helicopter sim. 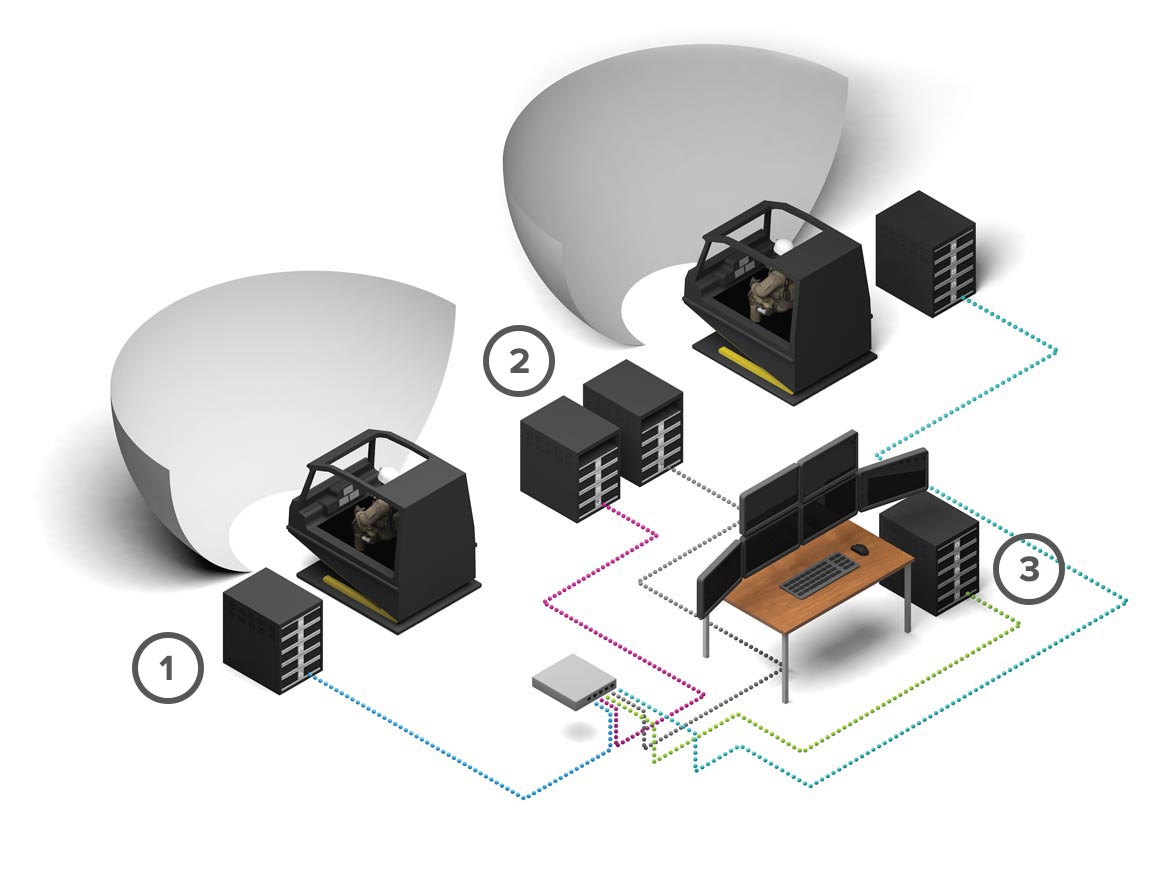 2 / Two racks of 4 Workstations each are powering each Pilot and Gunner Pod to run the instrumentation, motion platform and control systems.

3 / One further rack of workstations runs the instructor station with its 6 monitors.

Novatech workstations have been extensively tried and tested to optimise the performance of VBS2 in this integrated multi channel environment.

In line with current MOD best practice, this project has been established to advance training and simulation in a consistent and economical approach by promoting the use of off the shelf simulation (COTS) and a common data set to improve critical military training.

A similar system for an EDA project is based at an RAF base in northern England. This is currently being used to train NATO and Eastern European aircrews flying troop carrying helicopters consists of two troop helicopter mock-ups with mounted machine guns in the rear.