Designed specifically for academia (research usage) as stipulated by NVIDIA, powered by Intel's Broadwell-E platform, using a single root complex the system utilises two CPU's, only one of which is used to address the GPU's on the PCI-E Bus. This is achieved via PCI-E switching, lowering the GPU to GPU latency. Supporting up to 10 GPU's in one system offers significant value, increasing ROI. Server grade ECC memory is used to reduce memory to CPU latency as well as increased reliability from redundant PSU's. There is no limitation in the scalability that the platform offers. The system is scalable up to a maximum of 10 GPU's offering 113 teraFLOPS of FP32 (based on GTX 1080TI spec) compute performance allowing for bigger data sets to be trained. The system incorporates SSD storage to increase system speed as well as offing 4TB (default spec) of mechanical drive storage. 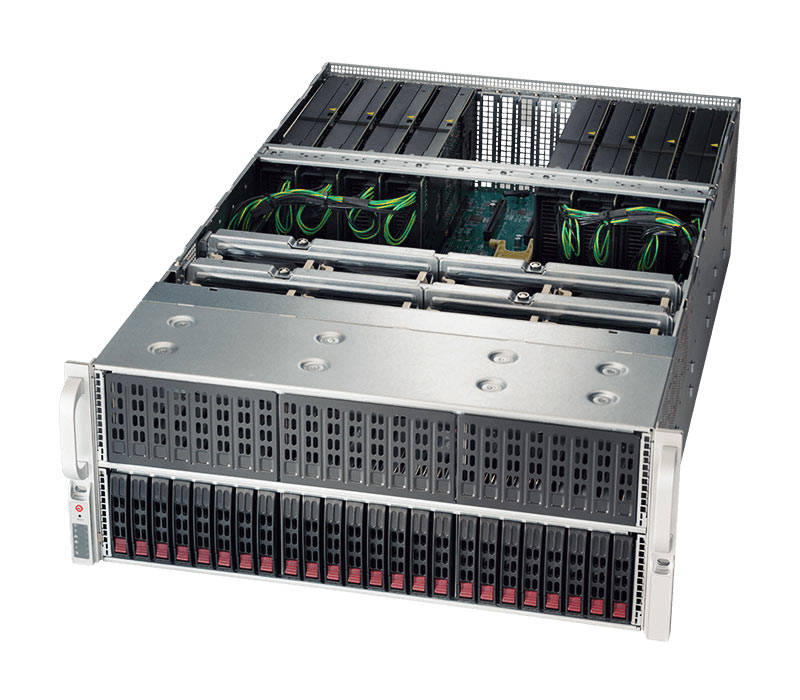 NVIDIA® Tesla® V100 is the world’s most advanced data center GPU ever built to accelerate AI, HPC, and graphics. Powered by NVIDIA Volta, the latest GPU architecture, Tesla V100 offers the performance of 100 CPUs in a single GPU—enabling data scientists, researchers, and engineers to tackle challenges that were once impossible.

Tesla V100 is engineered for the convergence of AI and HPC. It offers a platform for HPC systems to excel at both computational science for scientific simulation and data science for finding insights in data. By pairing NVIDIA CUDA® cores and Tensor Cores within a unified architecture, a single server with Tesla V100 GPUs can replace hundreds of commodity CPU-only servers for both traditional HPC and AI workloads.

A root complex device works within a PCI Express system to connect the PCI Express switch device with the subsystem memory and processor. A root complex can be worked in with the processor, working in its place to materialise transaction requests. Servers with single root complex provide the highest number of GPUs within a single server and enables full connectivity between the GPUs. Large amounts of traditional or high-speed storage can also be built into the server.

The root port has the added requirement of cataloguing the devices on the network when it boots up. It seeks the endpoints, calculates how much address space is required, and allocating the device(s) a space in the selected address of the system. Although it is customary to have a single root complex in a system, there is potential for dual root complexes with many targets.

Configured for scaling with GPU-Direct RDMA

As shown in the diagram below, the single root complex allows for exceptional performance within the server and across a cluster of InfiniBand-connected systems. Utilizing GPU-Direct RDMA, any GPU in the cluster may directly access the data of any other GPU (remote memory access). 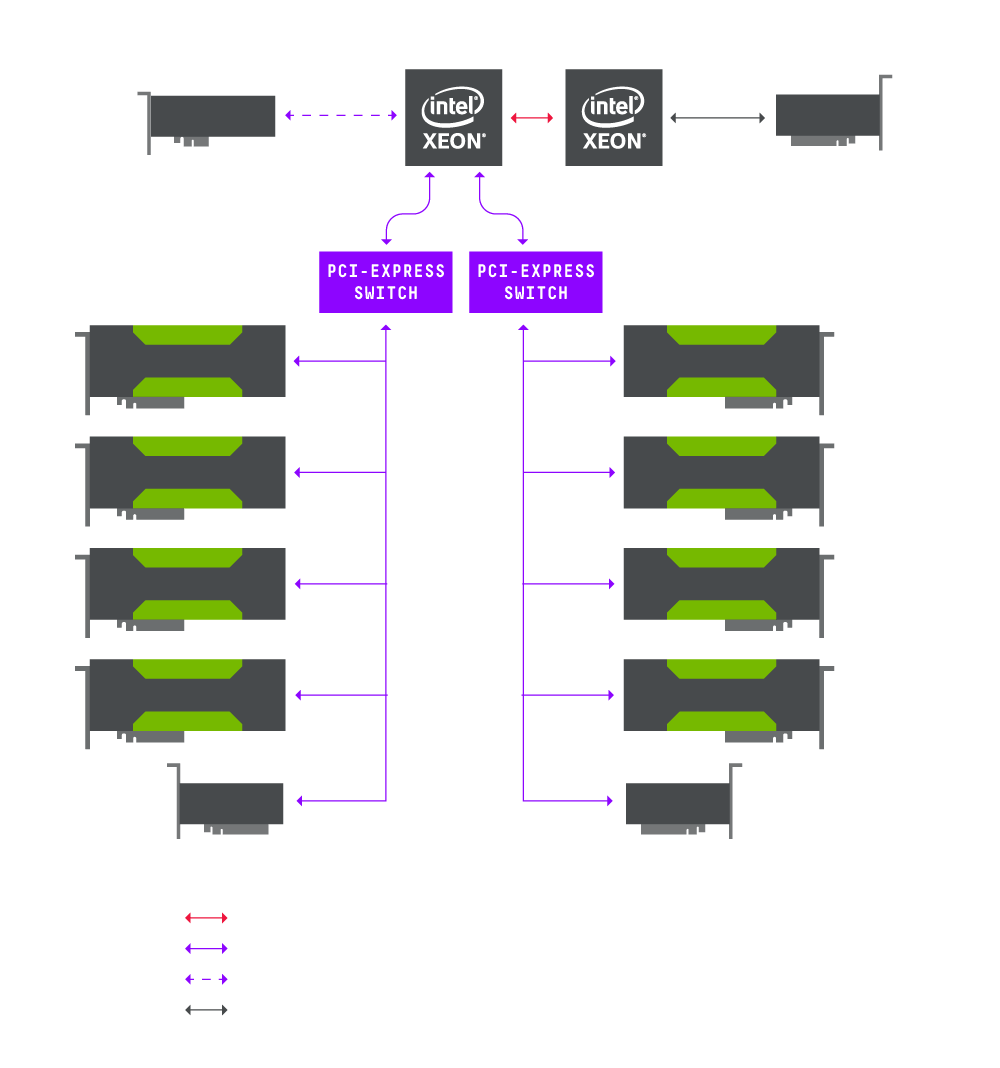 4U server with Single Root Complex (8-GPU config for RDMA)

Configured for density with 10 GPUs per server 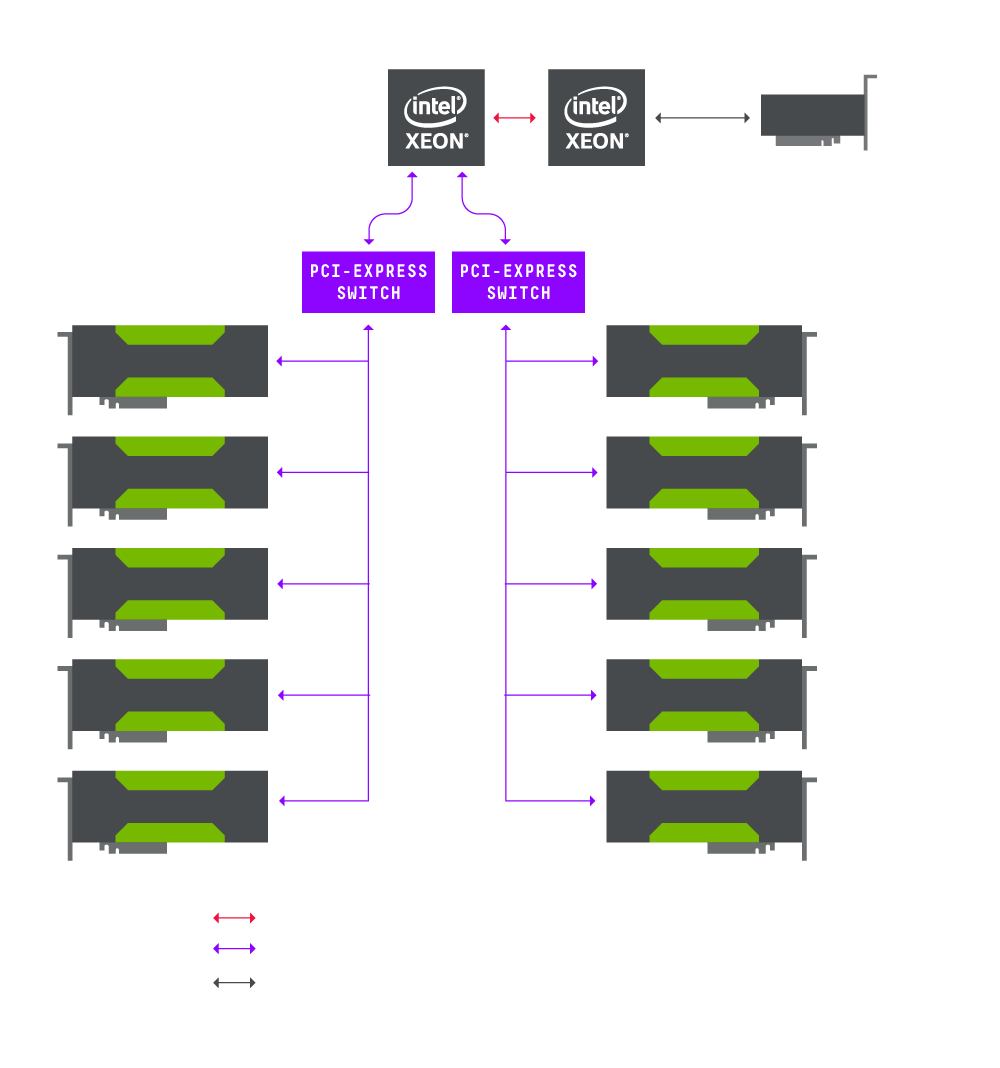 4U server with Single Root Complex (10-GPU config for density)