What are you working on?

Workstations for media and entertainment 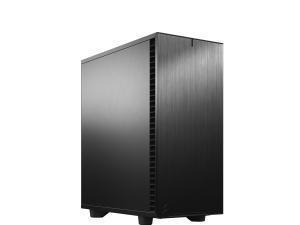 Powered by the AMD Ryzen 7 5800X with a boost clock of 4.7GHz and 16 Threads, The ProStation WR7-WX41 is designed with high frequency, single-core and multi-core applications in mind, making it perfect for the entire Adobe Creative Cloud. This set up is also ideal for Entry 3D Design and Animation software like Maxon Cinema 4D.

With professional grade Radeon Pro graphics and up to 64GB of memory, the WR7-WX41 offers the perfect starting point for any content creator, graphics designer, or professional workflow. 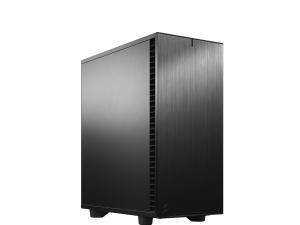 Powered by the Intel i7-12700K with a boost clock of 5.0GHz and 20 Threads, The ProStation WS12-A2 is designed with high frequency, single-core and multi-core applications in mind, making it perfect for the entire Adobe Creative Cloud. This set up is also ideal for Entry 3D Design and Animation software like Maxon Cinema 4D.

With professional grade NVIDIA Quadro RTX graphics and up to 128GB of DDR5 memory, the WS12-A2 offers the perfect starting point for any content creator, graphics designer, or professional workflow. 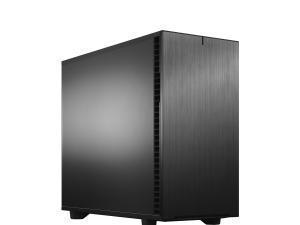 Powered by the Intel i9-10900X with a boost clock of 4.5GHz and 20 Threads, The ProStation WX9-QR4 is designed to give you brilliant single-core performance, while having the ability to maximise the productivity gains offered by multi-threaded processes, such as encoding and CPU based render engines.

With professional grade NVIDIA Quadro RTX graphics and up to 128GB of memory, the WX9-QR4 offers an excellent platform for advanced creative workflows, such as real-time ray tracing, 8K video editing, VFX, GPU based rendering, game development and professional workflow.

How to Build a Powerful Custom Creative Workstation for Design, Animation, Video Editing and Rendering

Can't see what you need?

Design your custom workstation with our online configurator.

As an Adobe Authoried and VIP reseller we can supply your organisation with all the Adobe products needed to do exceptional creative work.

Novatech are an Autodesk Authorised Reseller, so we can build you the perfect CAD machine, specifically for your industry?s unique demands.

Possibly the most critical component within a workstation for Photoshop CC and Lightroom is the CPU. It's also worth noting that although Photoshop does use multi-threading for specific actions, there is a minimal benefit to using a CPU with over eight cores. So ideally you need a CPU with high single-core clock speed.

Certain features within Photoshop require a GPU for acceleration here, so we recommend a mid-end Quadro card or Geforce RTX 2060 as suitable options.

Perhaps more important than your choice of GPU will be your hard drive configuration. We suggest using an NVMe drive for your O/S and installation drive, and a fast SSD for active projects. If you are working with very large documents, then it is worth considering a separate SSD as a scratch drive.

Generally speaking, the choice of CPU will be the most critical factor when deciding on a Video Workstation, as the majority of tasks within these applications will be carried out on the processor.

Your choice of processor here will come down to your workflow and style. For example, how many effects you use, how your footage is encoded, and what resolution you're working with.

Video editing applications, such as Adobe After Effects, Premiere Pro, and DaVinci Resolve, tend to utilise the CPU similarly. For the majority of active/timeline tasks use only a handful of cores, so high clock speed and fewer cores are preferred. Conversely rendering and encoding/decoding are heavily multi-threaded tasks, so a CPU with more cores (16+) is recommended. For a good all-round system, we'd recommend a CPU with both high single-core clock speed and a minimum of six/eight cores.

Premiere Pro and DaVinci Resolve also both make great use of a GPU, so if your workflow relies heavily on GPU accelerated effects, then we'd advise looking at a GeForce RTX 2070 as a starting point.

Another thing to consider when deciding on your choice of GPU is the amount Of VRAM (video RAM) available to you. Depending on the resolution of your footage, GeForce cards will be suitable for up to 4K. For 8K footage, we'd recommend a Titan RTX, or Quadro RTX due to the additional VRAM available.

Having enough RAM in your workstation is essential to ensure smooth and stable performance, the amount will vary depending on your project, but as a general guideline we suggest 32GB for 1080p, 64GB for 4K and 128GB for 6/8K.

Finally, one thing to consider is your storage, often an area that is overlooked. The ideal configuration would consist of 3 fast SSD drives and a larger mechanical drive for archive storage. For example, an NVMe for your system O/S and installation drive, a fast SSD drive for your active projects, and a third fast SSD/NVMe drive for use as a scratch disk. Add in a large mechanical (Platter) drive If you'd like to archive files locally.

Modelling and animation is predominantly a single-threaded process, so the applications can only utilise a single core on a CPU. Therefore a processor with a fast single-core clock speed (sometimes referred to as high-frequency) is desired.

It is, however, worth noting that some render engines within these programs are highly optimised to make use of a high number of cores. If your workflow includes both modelling and rendering, we recommend a CPU with both high single-core clock speed and a minimum of six/eight cores.

Graphics are less critical, as the GPU only really comes into play within the render of the viewport. An entry-level Quadro or GeForce RTX card will help to ensure high FPS playback when navigating and previewing animations within the viewport.

GPU render engines, as you'd expect can utilise multiple GPUs. So the more GPUs you have in your system, the better the performance.

For multi-GPU workstations, you need to ensure that the CPU has lots of PCIe lanes. A lack of PCIe lanes will limit the performance of the GPUs and force them to run at lower speed modes (x4 or x8 instead of x16).

Currently, NVIDIA GeForce RTX cards will give you the best price/performance ratio, but depending on your choice of render engine you may require the additional VRAM offered by Quadro GPUs.